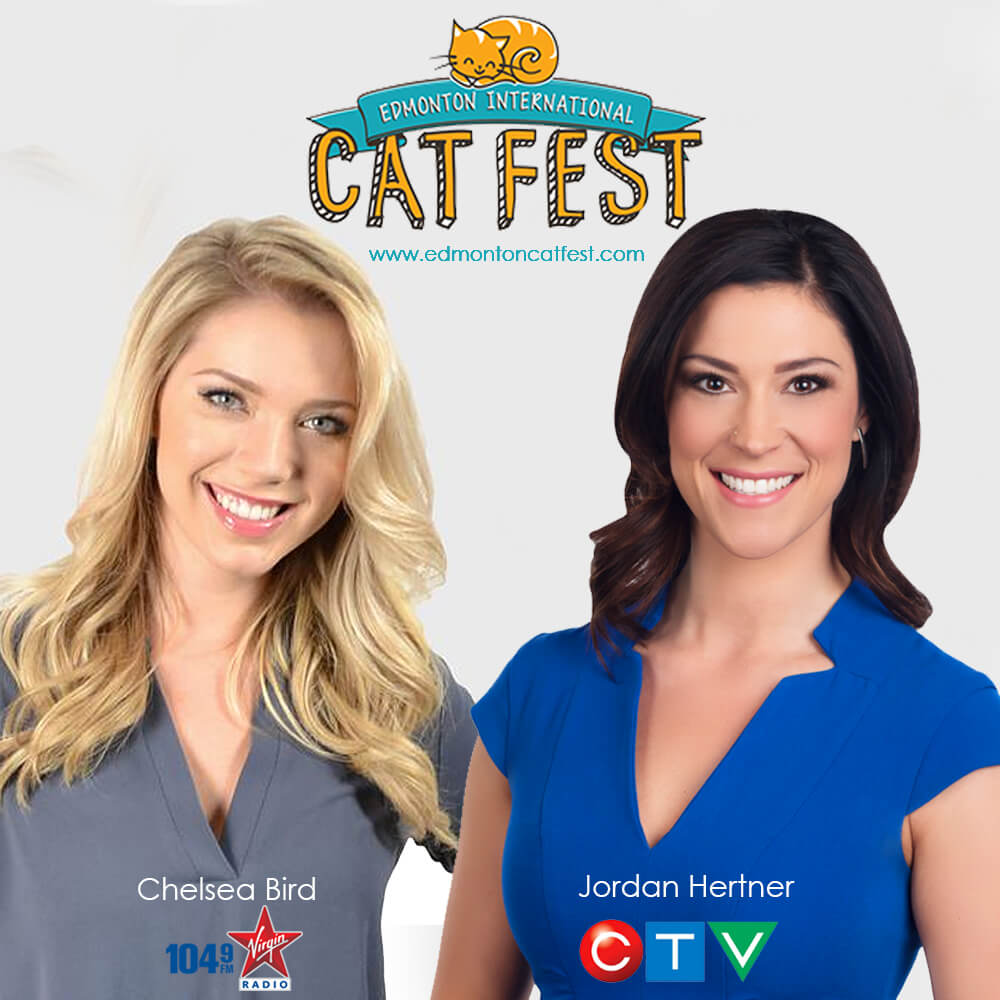 The 2018 Edmonton International Cat Festival is excited to announce this year’s festival co-emcees: Chelsea Bird from 104.9 Virgin Radio Edmonton and Jordan Hertner from CTV Edmonton. Cat lovers Chelsea and Jordan will be helping kick off the festival, running Q&As with our celebrity cat guest(s), leading this year’s cat video and photo contests, and generally being cat-bassadors for the most a-meowzing festival in Edmonton!

Chelsea is one half of the Ian & Chelsea morning show on 104.9 Virgin Radio, host of the weekly segment The Word with Chelsea Bird on Alberta Primetime, and can be seen counting down the top 5 weekly songs in Edmonton on CTV Morning Live.

She is a former International beauty queen and one of Edmonton’s 2013 Top 20 under 30. A graduate of the NAIT Radio & Television program, Chelsea loves everything Edmonton. She can typically be found bike riding in the river valley, or paddle-boarding on the North Saskatchewan.

She volunteers for several local causes and believes that a strong connection to community is the key to lasting success in broadcasting. She’s a vegetarian and big time animal lover, and a cat mom to her 5 year old sassy orange tabby, Tucker.

She has always considered herself a dog person until her first cat. She decided she needed a furry friend but one that was a bit less maintenance than a dog, so she went on a search. That’s when she found a new best friend in her kitty Atlas aka. Catlas. She is outgoing, sassy but mainly the biggest cuddle bug around.

Jordan is a big fan of Edmonton’s river valley, trails, stairs, and views. In her spare time she enjoys working out, cooking, movies, and competitive Wii Bowling.