We are excited to announce that renowned cat behaviourist (“cat whisperer”) Pam Johnson-Bennett (best-selling author and star of Psycho Kitty, which airs on Nat Geo Wild/Animal Planet UK) will be virtually attending the 2015 Edmonton International Cat Festival by doing a live Skype question and answer period with festival attendees! This is a rare opportunity to get advice/answers to any of your cat parenting questions from one of the world’s leading experts! 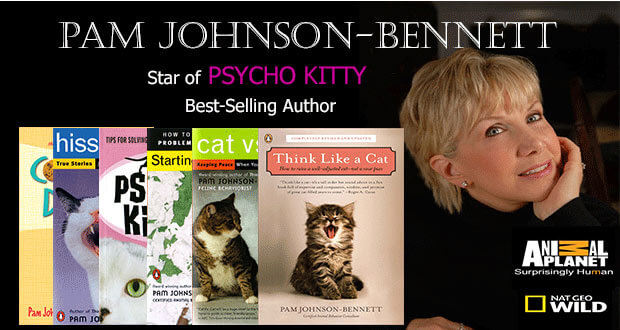 To the cat behavior professionals in the field today, Pam Johnson-Bennett has been a mentor and leader since she first paved the way in the early 1980s. Although she doesn’t like being referred to as the cat whisperer, many have tried to copy her techniques but have been unable to match her record of success and respect in their field. Her books are considered the “cat bibles” when it comes to understanding felines and what makes them tick. She is the top selling cat book author in the world. Much of the information you read on the websites of shelters, animal welfare organizations and behavior experts came from Pam’s books and her years of dedicated work. You can easily see her influence in the current books on cat behavior that are in the market today. Pam’s “Think Like a Cat” method has improved the lives of thousands of cats through her work with clients, shelters, her books and now through her successful international television series.

Psycho Kitty follows the world’s top cat behaviorist as she goes from house call to house call. Psycho Kitty first aired on Nat Geo Wild in Canada and was a ratings hit before it aired in the UK on Animal Planet. Pam helps frustrated cat parents deal with their confused cats.

Learn more about our other presenters for the 2015 Edmonton International Cat Festival! 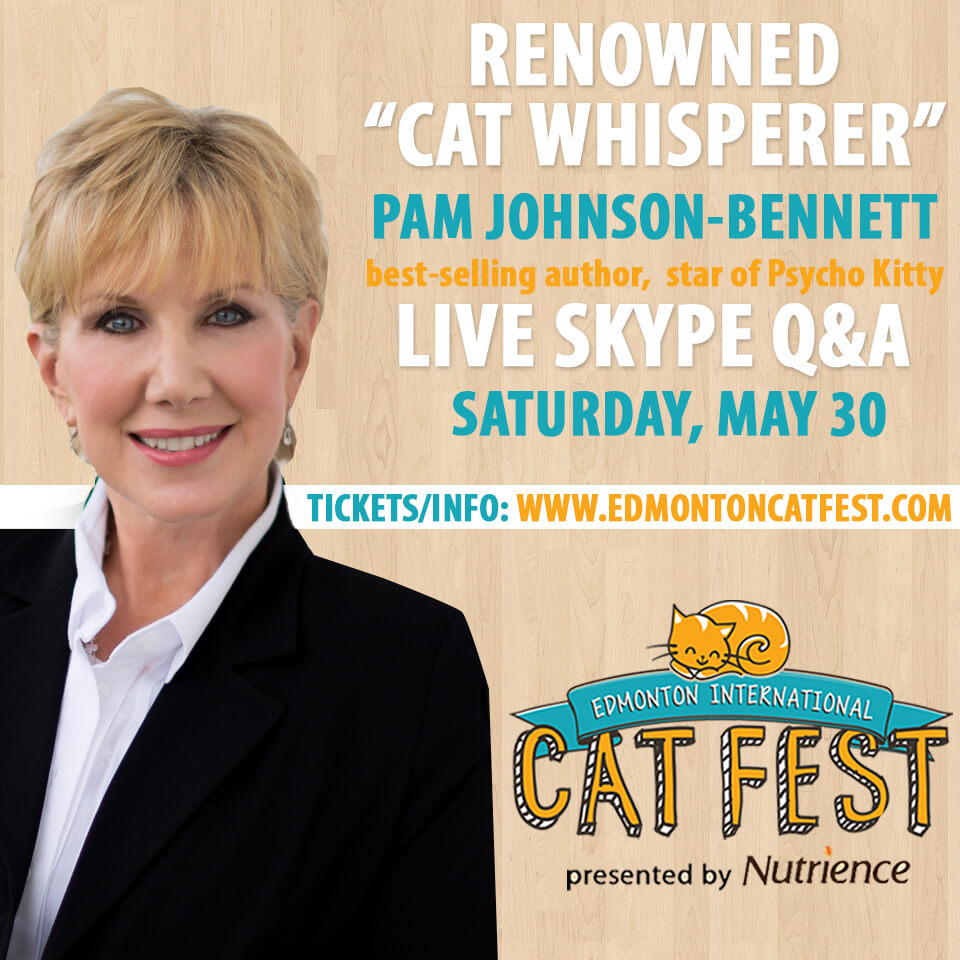